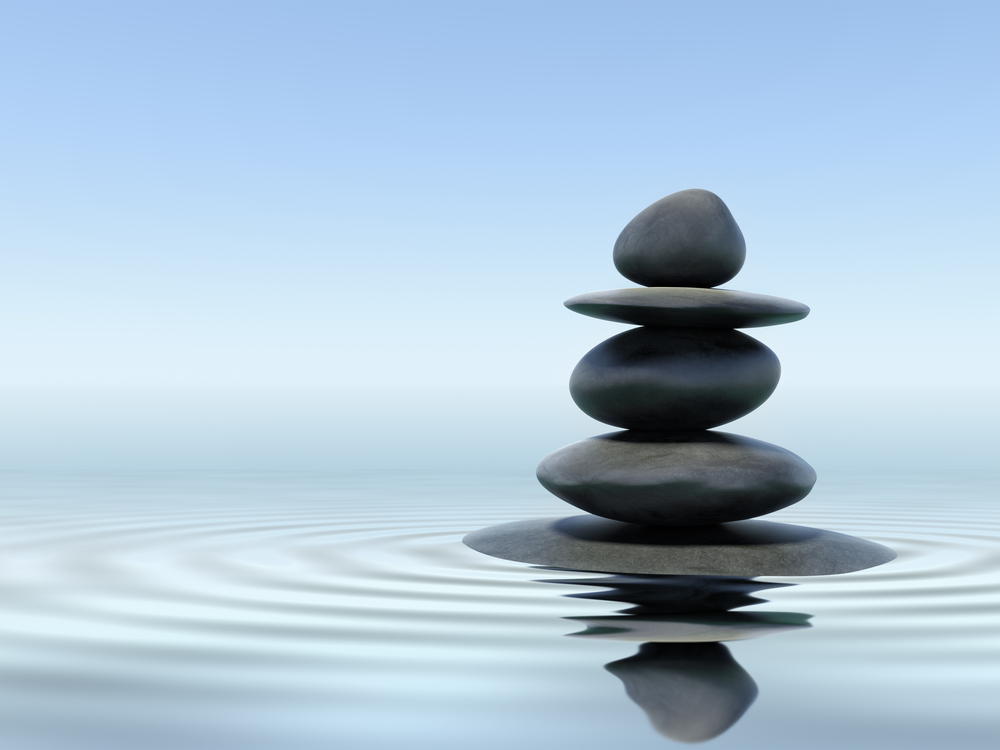 [This is part one of a two part series where I share my heart regarding how we begin to connect with each other regarding race, in particular, and the pain and trauma of our humanity in general within the framework of the Life and Love of God.]

Not exactly sure where this is headed but I feel the move in my spirit to respond to the events that have occurred in our country over the last several months. And, in response, the word I am sensing is Balance.

I know. I know. You are feeling the pressure to respond to the murder of George Floyd and rightly so; however, if you were just going to respond to that, the time has passed. The time has come for us to see the bigger picture and dive in. There is a spirit of hatred and death that has been released upon the earth. Maybe because we are calling on it; maybe because the church has let its guard down and forgot to pray against it; maybe it's God's "judgement" (he often lets us get our own way when we insist on having it and we call that "His judgement"). But, for whatever reason, hatred and death have been released in a way and more broadly than you and I have ever seen before and probably could not have imagined was possible in our lifetimes. Yes, and, if we’re honest, we’ve been complacent.

Therefore, if you are offering your gift at the altar and there remember that your brother or sister has something against you, leave your gift there in front of the altar. First go and be reconciled to them; then come and offer your gift." – Matthew 5:21-24

“But the things that come out of a person’s mouth come from the heart, and these defile them. For out of the heart come evil thoughts—murder, adultery, sexual immorality, theft, false testimony, slander.” – Matthew 15:18-19

The murder of George Floyd, touched off protests and rightly so. Protests which other individuals, having the same heart as George’s murderer, have used to steal, kill and destroy in the name of “justice.”

Millions of dollars' worth of goods have been stolen. Millions of dollars’ of property destroyed. Hundreds of others have been killed and scores upon scores have been injured. Communities and neighborhoods, mostly poor and already struggling, have been devastated and laid waste; not by “systemic racism” but by those, who, in name, protest against it. With thousands living in fear, we must acknowledge that these equally horrendous acts were also carried out by individuals. Those individuals are just a guilty of their sin as the man who murdered George Floyd is guilty of his. There is no difference. There is no excuse. Neither act of hate, malice and violence will bring about peace, racial understanding, healing or restoration.

As I said earlier, the time to address only George Floyd has passed. Now, it is a much larger issue. And, if we are honest, the issue is not a cultural or, to use a popular phrase, “systemic” one because when we blame the “culture” or “the system” we essentially blame no one. Who is “The Culture”? Who is “The System”? “The Culture” and/or “The System” cannot be held accountable for anything. Accountability only exists at the individual level. Only an individual can be punished for breaking the law. You and I know the issue is human brokenness and we both know that there is only one way to heal and restore that. The life and love of the Lord Jesus Christ.

So, as we lean forward, to lament is appropriate and right. To peacefully protest and wail is an appropriate response. But Jesus is calling us to more. He is calling us to lead people to him. The angry, the hurting, the broken, the thirsty, the poor, the rich, the living and the dying. Because it is only in him that we can love without measure. Love without ulterior motive. Love with a righteous passion.

“There is no fear in love. But perfect love drives out fear, because fear has to do with punishment. The one who fears is not made perfect in love.

So, I urge you to acknowledge the truth. George Floyd was murdered. He was murdered by a man acting in hatred and malice. The aftermath, fueled by the very same spirit of hatred and malice; death and destruction that killed George Floyd, is just as horrendous; and just as worthy of anger, protest and lament. But, as Christians the thing we are called to do above all else is to love.

"Above all, love each other deeply, because love covers over a multitude of sins." 1 Peter 4:8

However we as individuals are called to respond, we must, as followers of Christ Jesus, also find balance. I really like the way Eugene Peterson put it in The Message ...

"Go ahead and be angry. You do well to be angry—but don’t use your anger as fuel for revenge. And don’t stay angry. Don’t go to bed angry. Don’t give the Devil that kind of foothold in your life." Ephesians 4:26