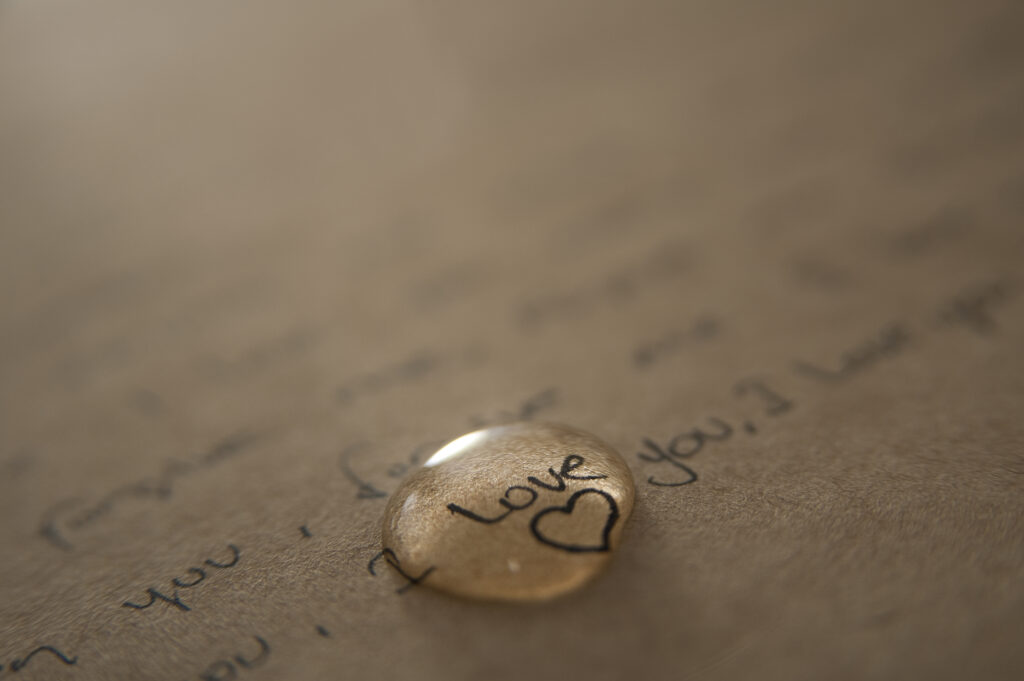 Five or six years ago I, like many people, spent a lot of time and energy on Facebook. Politics and social issues would get me riled up. What would start out as a brief conversation, rapidly descended into argument, and, sometimes, fueled by anger and frustration, would turn into diatribe. I would spend hours thinking of cleaver retorts, researching statistics, honing the point of my rapier.

Then it happened. Jesus showed me that all my effort, anger and frustration only resulted in the diminishment of my “foe” in my heart and the deterioration of my ability to love; which was especially true when my “opponent” was another Christian. When I was too lazy or too agitated to write from my own heart, I would take something that had come into my “feed”, something that someone else had written; someone that, usually, I didn’t even know but which spoke to what was feeling, had the right jab and umpf, and I would pass that along without thought or comment thereby proclaiming, “This is what I believe.” I must admit at times it felt good. That hard-hitting meme, that cutting intellectual retort, that stinging sarcastic remark. It felt good. And yet, it stoked in me an underlying fire of hatred and malice toward others, toward “Friends”; some of whom I knew well and many I didn’t. Jesus gives us clear guidance here … he calls us to more:

“You will recognize them by their fruits. Are grapes gathered from thornbushes, or figs from thistles? So, every healthy tree bears good fruit, but the diseased tree bears bad fruit. A healthy tree cannot bear bad fruit, nor can a diseased tree bear good fruit. Every tree that does not bear good fruit is cut down and thrown into the fire. Thus, you will recognize them by their fruits.” – Matthew 7:16-20

Yes, he was speaking here specifically about false prophets, but his words are true in all situations and as a general principle. You will know them by their fruit. And the fruit of my action was anger and frustration, diminishment and dismissal. The opposite of the love, compassion and the grace Jesus calls us to. And, this is especially when it came to those he specifically called me to love – fellow Christians.

For me, the Holy Spirit works as I sleep. I go to bed one way and I wake up another. And, as usually happens when God gets hold of my heart, I change. In this case, I pulled the ejection handle and left Facebook.

Now don’t get me wrong, there can be benefits to Facebook. Connection with old friends and family. Pictures of children and grandchildren from across the country. Shared joy in the joy of others. Shared compassion in the pain of those close to us; that’s how it begins. We see the pain and trauma close to us, then our friend’s friends, then their friends, then our neighborhood and state, then our country, and, lastly, the world. By then we are wasted, emaciated, frustrated, and angry. There is just too much craziness out there in this broken world for our hearts to hold. Too much was tugging at my good heart and I became hard; emotionally and spiritually. We were not meant to hold the trauma of the world in our hearts and it’s deadly to our relationships with others and Jesus to attempt to do so. Over time, it kills our ability to truly love. It doesn’t mean we turn a blind eye to the pain and trauma or that we don’t care. Just the opposite. We release those things to the one who can effect change; restore hearts and lives; heal, renew and redeem. My friend David told me years ago, “We don’t have to have all the answers because we know the one who does.” We release these things to God not out of apathy because we can’t do anything about them; but, in love because we know the one who can and will move mountains!

I understand that many people, especially younger generations, are no longer on Facebook but the same is true for Instagram, Twitter, TikTok, etc. All social media is ripe for the invasion of the work of Evil One – hatred, malice, frustration, and fear – and its effect on the world. Unfortunately, if we are not vigilant, it really doesn’t take much to give him a foothold in our lives.

“In your anger do not sin: Do not let the sun go down while you are still angry, and do not give the devil a foothold.” – Ephesians 4:26-27

“Be angry and do not sin; do not let the sun go down on your anger and give no opportunity to the devil.”

Paul’s example here is anger, but footholds or opportunities are not only established through anger. However, anger is a readily accessible entry point for the Evil One because there is so much theft, death, and destruction in the world (John 10:10). Anger very easily goes from “What is being done is wrong.” to “The person doing the wrong thing is evil.” From there it becomes easy to lump people together into an evil mob of racists, drunkards, addicts, homophobes, etc. … “pick your poison” is how the old saying goes; and poison it is. It will kill you in the end as surely as if you broke a cyanide capsule between your teeth. It will kill your relationships, even with those closest to you. It will kill your heart. And, in the name of “love”, it will kill your ability to truly love.

What I have seen out there in the social media ‘verse is professing Christians aligning their hearts and minds with the hatred, malice, diminishment, rage and anger that demonstrates the fruit of the Evil One’s hold on their hearts; with the Fruit of the Spirit nowhere to be found. It breaks my heart!

People, who, face to face appear to be sincere and genuine in their love for Jesus and his work in their lives; and, yet, when “hidden” behind their computer or phone screen, display the worst that their broken hearts can profess to the world. Whether its their own words or they are sharing the words of others; the demonstration to the world is that there is no Salt and Light. Just angry bullies or timid bystanders. I have been the latter for much too long and for that I repent and turn.

Brothers and sisters! Think about what the one who died on the cross and shed his blood for your abominations said… “By this everyone will know that you are my disciples, if you love one another.” …  “Every tree that does not bear good fruit is cut down and thrown into the fire. Thus, you will recognize them by their fruits.” You are not hidden. You are known. You are seen.

“The student is not above the teacher, nor a servant above his master. It is enough for students to be like their teachers, and servants like their masters. If the head of the house has been called Beelzebul, how much more the members of his household! So do not be afraid of them, for there is nothing concealed that will not be disclosed, or hidden that will not be made known. What I tell you in the dark, speak in the daylight; what is whispered in your ear, proclaim from the roofs. Do not be afraid of those who kill the body but cannot kill the soul. Rather, be afraid of the One who can destroy both soul and body in hell.” – Matthew 10:14-28

Brothers and sisters! What fruit is your tree bearing to the world? What is the fruit that wells up in your heart and expresses itself online? Is it fruit that wells up to eternal life? Or is it a poison apple? It cannot be both and you will be known by your fruit!